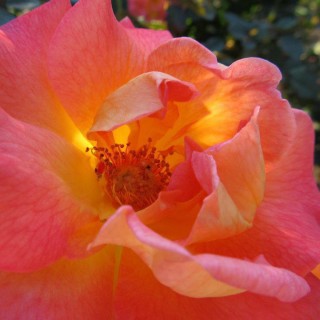 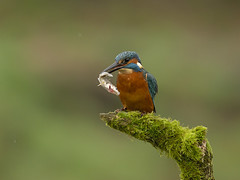 From Garrison Keillor’s The Writer’s Alamac for October 29 I learned about folk artist and quilt maker, Harriet Powers.  I had never heard of this woman or her quilts until today.  I say “her quilts” literally because there are just two.

Her life must have been an extremely difficult one, but this woman who was born a slave had the heart and eye of an artist.  She most likely created many incredible objects during her lifetime, though maybe not since money was scarce, she had nine (or more) children, and work to care for and feed that many people would be never ending.  I’m thankful to have found out about this woman, her story, and the two quilts she left behind.

Take special note in the back-story below when she sells one of these quilts for $5.  It breaks my heart!  I guess the silver lining in that story is that we have this quilt today, and it might not have survived otherwise.

First, I want to share the section from The Writer’s Almanac about Harriet Powers and her amazing quilts.  This is the first section.  Then I will show you each of the two quilts with some information and descriptions of the quilt blocks for both.  I hope you are soon inspired by Harriet’s story as I am.

Today (October 29) is the birthday of Harriet Powers, born into slavery outside Athens, Georgia (1837). She was married at 18 and gave birth to nine children. She lived most of her life in Clarke County, where in 1897, she began exhibiting her quilts at local cotton fairs. She was believed to have been a house slave and first learned to read with the help of the white children she cared for.

Powers’ quilts used a combination of hand and machine stitching along with appliqué to form small detailed panels. She then organized these squares to unfold a larger story, much like a modern graphic novel. This teaching style of quilting has its roots in West African coastal communities, and her uneven edging of panels mirrored the complex rhythms of African-American folk music. Through her quilts, she recorded legends and Biblical tales of patience and divine justice.

Only two pieces of her work have survived: Her Bible quilt of 1886 (see photo below), which she sold for $5 in the aftermath of the war, now hangs in the Smithsonian in Washington, D.C.

Her Pictorial quilt of 1888 is displayed in the Museum of Fine Arts in Boston. Powers’ work is now considered among the finest examples of Southern quilting from the 19th century.

Harriet Powers, an African American farm woman of Clarke County, Georgia, made this quilt in about 1886. She exhibited it at the Athens Cotton Fair of 1886 where it captured the imagination of Jennie Smith, a young internationally-trained local artist. Of her discovery, Jennie later wrote: “I have spent my whole life in the South, and am perfectly familiar with thirty patterns of quilts, but I had never seen an original design, and never a living creature portrayed in patchwork, until the year 1886, when there was held in Athens, Georgia, a ‘Cotton-Fair,’ which was on a much larger scale than an ordinary county fair, as there was a ‘Wild West’ show, and Cotton Weddings; and a circus, all at the same time. There was a large accumulation farm products–the largest potatoes, tallest cotton stalk, biggest water-melon! Best display of pickles and preserves made by exhibitor! Best display of seeds &c and all the attractions usual to such occasions, and in one corner there hung a quilt-which ‘captured my eye’ and after much difficulty I found the owner, a negro woman, who lives in the country on a little farm whereon she and husband make a respectable living . . . . The scenes on the quilt were biblical and I was fascinated. I offered to buy it, but it was not for sale at any price.”

Four years later, Mrs. Powers, at the urging of her husband because of hard times, offered to sell the quilt, but Miss Smith’s “financial affairs were at a low ebb and I could not purchase.” Later Jennie sent word that she would buy the quilt if Harriet still wanted to dispose of it. Harriet “arrived one afternoon in front of my door in an ox-cart with the precious burden in her lap encased in a clean flour sack, which was still further enveloped in a crocus sack. She offered it for ten dollars–but–I only had five to give.” Harriet went out to consult her husband and reported that he said she had better take the five dollars.

Mrs. Powers regretfully turned over her precious creation, but only after explaining each of the eleven panels of the design, which Jennie Smith recorded. Briefly, the subjects are Adam and Eve in the Garden of Eden, a continuance of Paradise with Eve and a son, Satan amidst the seven stars, Cain killing his brother Abel, Cain goes into the land of Nod to get a wife, Jacob’s dream, the baptism of Christ, the crucifixion, Judas Iscariot and the thirty pieces of silver, the Last Supper, and the Holy Family.

In her narrative about the quilt, artist Jennie revealed why she was so taken with it: “Her style is bold and rather on the impressionists order while there is a naievete of expression that is delicious.” In recent times, historians have compared Harriet’s work to textiles of Dahomey, West Africa.

The Bible quilt is both hand- and machine-stitched. There is outline quilting around the motifs and random intersecting straight lines in open spaces. A one-inch border of straight-grain printed cotton is folded over the edges and machine-stitched through all layers.

Harriet Powers was born a slave near Athens, Georgia, on October 29, 1837. At a young age, she married Armstead Powers and they had at least nine children. Some time after the Civil War, they became landowners. Eventually, circumstances forced them to sell off part of the land but not their home. The date of Harriet’s death, Jan. 1, 1910, was recently discovered on her gravestone in Athen’s Gospel Pilgrim Cemetery.

A brief synopsis of the stories, based on what Powers told the woman who bought her quilt, and preserved in the Smithsonian institution:

First Row
1: the first panel (beginning in the upper left) depicts Adam and Eve in the garden of Paradise, at the moment when the serpent is about to tempt Eve.  As someone in class suggested, this may be why the serpent still has feet–it didn’t lose them until after the fall.
2: Eve has given birth to a son.  Some interpretations see this as a combination nativity/Eve-Abel-Cain, and it seems reasonable to assume that both meanings are intended.
3: Satan and seven stars.

4: Cain kills his brother, and blood pours from his neck.
5: Cain is looking for a wife.
6: Jacob dreams about the angel on a ladder.
7: The Holy Spirit is present in the brown bird-like object; the scene is the baptism of Christ.

8: the crucifixion, with the sun and moon turning into blood.
9: Judas and his silver.  The large star at the bottom refers to a star that was seen in 1886 for the first time in 300 years (according to Powers).
10: the Last Supper, seen from above.  Judas is dressed differently from the others who are all in white.  Not all the disciples are shown.  11: the Holy Family and the star of Bethlehem.

Italicized information above is from the Smithsonian Institute National Museum of American History website page for Harriet Powers’s Bible quilt.

The only other remaining piece of Harriet Powers’ textile art is her Pictorial quilt of 1888.  It is held by the Museum of Fine Arts in Boston. Powers’ work is considered among the finest examples of Southern quilting from the 19th century.
Neither of Harriet’s historic quilts is currently on display, which I think is a shame.

Powers is thought to have orally dictated a description of each square of her quilt to Jennie Smith, who had purchased the first quilt Powers made, and arranged for it to be exhibited at the Cotton States Exposition in Atlanta in 1895. This second quilt is thought to have been commissioned by a group of “faculty ladies” at Atlanta University, and given (together with Powers’s descriptions) as a gift to a retiring trustee. What follows is Powers’ descriptions of all fifteen blocks starting in the upper left and moving to the right.

FIRST ROW:
1. Job praying for his enemies. Job crosses. Job’s coffin.
2. The dark day of May 19, 1780. The seven stars were seen at 12 noon in the day. The cattle all went to bed, chickens to roost and the trumpet was blown. The sun went off to a small spot and then to darkness.

3. The serpent lifted up by Moses and women bringing their children to look upon it to be healed.
4. Adam and Eve in the garden. Eve tempted by the serpent. Adam’s rib by which Eve was made. The sun and the moon. God’s all-seeing eye and God’s merciful hand.
5. John baptizing Christ and the spirit of God descending and resting upon his shoulder like a dove.

6. John cast over board of the ship and swallowed by a whale. Turtles.
7. God created two of every kind, male and female.

8. The falling of the stars on Nov. 13, 1833. The people were frightened and thought that the end had come. God’s hand staid the stars. The varmints rushed out of their beds.
9. Two of every kind of animal continued…camels, elephants, “gheraffs,” lions, etc.
10. The angels of wrath and the seven vials. The blood of fornications. Seven-headed beast and 10 horns which arose of the water.

11. Cold Thursday, 10 of February, 1895. A woman frozen while at prayer. A woman frozen at a gateway. A man with a sack of meal frozen. Icicles formed from the breath of a mule. All blue birds killed. A man frozen at his jug of liquor.
12. The red light night of 1846. A man tolling the bell to notify the people of the wonder. Women, children and fowls frightened by God’s merciful hand caused no harm to them.

13. Rich people who were taught nothing of God. Bob Johnson and Kate Bell of Virginia. They told their parents to stop the clock at one and tomorrow it would strike one and so it did. This was the signal that they had entered everlasting punishment. The independent hog which ran 500 miles from Georgia to Virginia, her name was Betts.
14. The creation of animals continues.

15. The crucifixion of Christ between the two theives. The sun went into darkness. Mary and Martha weeping at his feet. The blood and water run from his right side.

The italicized information above is from the Museum of Fine Arts Boston, Harriet Powers Pictorial Quilt webpage